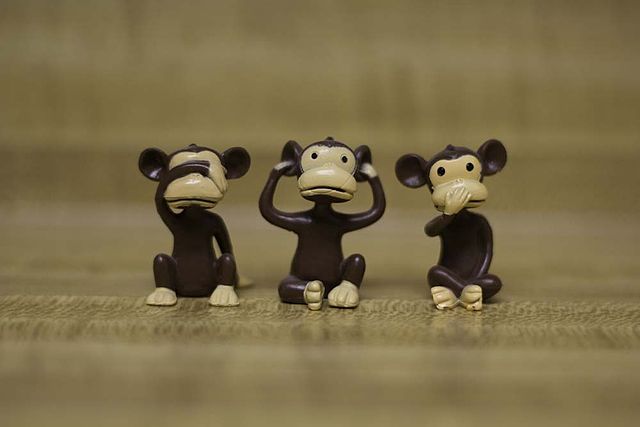 Yes, that's it. Distraction. But look through your own life and you can see that this was present in every failure you had - to one degree or another. Look through the lives of politicians and celebrities. Trace back both their successes and failures and you'll find the ones who won their campaigns, who became top stars - they all got their Life Distractions under control.

Napoleon Hill specified that people had to develop a Burning Desire to succeed at anything.

Yet it is all too simple, and that one fact keeps people overlooking how evil Distraction is.

This is the nature of social media, of hours spent in surfing the Internet with no real result to your well-intentioned and very necessary research. The term "rabbit hole" was developed to tell about Internet distractions people would fall down into.

And this post is written after I found another afternoon spent doing all these actions instead of just getting my next books published.

How this Evil reared its ugly head - again.

I was distracted from what I'd listened to on the radio as I drove around on other necessary chores.

I was listening to the radio only because I'd run out of Rainmaker podcasts to listen to on the ride.

What came on was one of my few really favorite radio hosts - and I had another half-hour on the road before I could get back to my desk and real work.

That was the problem: it was a "favorite".  I found the host stimulating - even too stimulating.

And what happened next was that the host said something so controversial that I started mentally riffing off on my own.  Kinda like watching a good movie and then you're thinking about that movie or humming the theme song for the next week.

I knew I was sunk at that point - I wasn't going to get much done that day. My mental riff took over everything.

In my long personal history, I've never met anyone who has conquered this completely.

You may have experienced something like this in your own life. Going along, having plans for the day, all that - and then you find yourself doing something completely not on your to-do list: distracted.

After a couple of decades distilling self-help and personal improvement books, I've found some solutions.

Yes, there are simple ways to get this under control. Would you like to know them?

How to Fight Distraction and Win

That is probably too obvious. Make a simple to-do list, set it up in a logical sequence, work it from the top down. If you find out you are doing something else, then drop that and get back to whatever it was you were doing.

That solves minor distractions. How about chronic ones?

This is that Feng Shui stuff - if your work space has anything - anything - in it which isn't conducive to what you should be doing, get rid of it.  Like Thoreau and his cabin at Walden Pond, I've read of writers who got a remote cabin with nothing in it except a table and his laptop. And that laptop had the USB and network ports filled and glued shut. Nothing else in that cabin. He could only sit there and write.

That's a bit extreme. But you can see that it's one way to get work done.

Another writer started when she got back from sending her kids to school and ended when they came home. She worked when she was least distracted.

What about those inspired moments when you have something creative to do, but it's not what you should be doing?

This is what I had to do today. That radio show was on politics - a subject I've had to learn to avoid after several recent disappointing election cycles in a row.

Politics doesn't make me money. It costs me time. When I publish books, I earn more income. Editing and publishing Political books aren't worth the angst.

But there I was. I had to do something with this motivation and inspiration.

That's what my alter-ego blog is for. It only gets posts to it when I get irritated with the illogical nonsense coming out of government and the echo-chamber of Main-scream Media.

The blog is called The President Bob Report. It's a future-history memoir of a fictitious guy who everyone liked and winds up being President through a series of near-comic episodes. Of course this "President Bob" character solves the current problems of the Beltway with Midwestern and common-sense solutions.

Blogging like that gave me an outlet for that distraction and everyone was happy. Mostly me, myself, and I.

Sure, I get next to no visitors to that blog, which is fine. It's a vent blog. Might turn out to be something, might not. Doesn't matter. For me - it's a way to get back on topic, to get back on what I am supposed to be focused on. Focus. Which brings up...

4. Find and develop your Burning Desire.

Napoleon Hill had it mostly right. We'll never know how many people who successfully Thought and Got Rich. We do know that a lot of people liked and bought the book - and it's still sells regularly for those who've sold even public domain versions of it. (There is one sequel I've found - and re-published - of a guy who studied Hill and actually made millionaires, but that's a bit beyond this conversation.)

You have your own Bliss, as Joseph Campbell phrased it - something which you are entirely fascinated with, that brings you peace, that fills and fulfills your life-dreams.

Once you stoke this fire to a steady blue flame, then you simply follow where this points. It will take some study, probably. Once you know it, then you simply start throwing away, giving away, selling, or ignoring anything and everything else you possibly can.

You have a single answer to multiple questions - another question, actually:


"Will this make my life simpler, bring me more peace, or fulfill my bliss?
If it's yes to any of those, then you keep it in or go that route. If it's no in all categories, then you don't.

If you ever wonder why you aren't or haven't been successful, look to your distractions.

Solve them, and you are one in a million - even one in a billion. And the world's riches become open to you. Seriously.

Or - think of it this way: How much actual work did you get done when you were distracted? How much profitable work do you think you could get done if you stayed focused?

Have fun with this.

Opt-in above and keep updated so you don't miss our next step in this self-publishing journey.

If you've reached this by iTunes or somewhere else, please leave a comment or review.