Use public domain to inspire your own works - that's their greatest, and most profitable use. 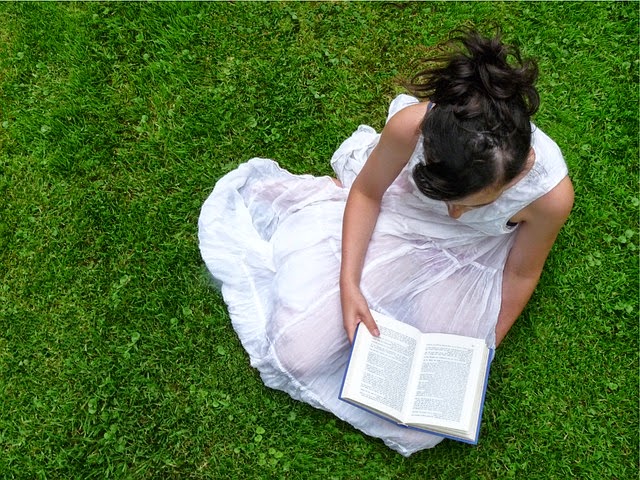 The real reason for works returning to the public domain is to inspire the next generation. The long-dead authors no longer need to profit from their works. It's also why corporations have a longer copyright than actual people do - thank Disney for that.

This breakthrough started with a sentence at the bottom of another post:

The result of this bombshell has changed my plans completely - and gotten me back on track to what will not just leverage what I can out of public domain books I've already published, but open doors to the fortune I've always known was possible.

Let me show you how the logic on this panned out...

Got a query yesterday from Amazon saying that I'd supposedly infringed on someone's rights - and they gave me an email contact. So I sent an email off to him. The problem was that the Stanford database didn't have the registration in it. Of course, Stanford says there are errors in less than 1 percent of the time - and I've published over 200 books, so that figured my time was up.

That contact was nice enough, telling me a long story of how this work had been published through the years and falsely put into the public domain where I'd found it. At this point, I'm having to accept his word for it as I don't have time or money to verify it.

The other point is that the copyright problems are showing up mostly when I get an Amazon book published. People don't tend to look at Kobo or Google Play or iTunes or Nook so much. But a hit on Amazon will bring you 3 or 4 times more income that the same book brings on the other distributors.

You have to realize that not only is Amazon targeting publish domain publishers to protect themselves and their bottom-line profits, but the higher profile you get by being on Amazon, the more you are going to wind up being someone's target.

Just the way it is.

It all makes publishing that much harder and more costly. You don't have to work at months of writing an original book, but you are going to have to do a lot of back-end work to ensure that what you offer up to Amazon will meet their (arbitrary) standards and not get you booted off their system.


Does public domain have limits?


With that copyright data, and the earlier Amazon publishing experiment, it really says that the amount of leverage your average public domain book has is limited. The closer your book is to 1964, the more likely it's going to show up as renewed - particularly if it's been a bestseller at any time. The farther before 1923 and the less likely people are going to understand it - or buy it.

This next project I have started will base of this test above, and also give another 20 books to Amazon for testing. I expect that I should be able to get even better approval rates than the above on these. We'll see. (Most of these books are pre-1923, so the text is harder to read, but the copyrights are clearer.)

This also seems to cast a final shadow on public domain as becoming any than just a decent living in book publishing.

This is where I doubt the viability of leverage for public domain books on their own. At least as far as creating a fortune.

Disney leveraged public domain stories into big hits (and his corporation later extended copyright laws to protect those hits.) Extensive re-work (differentiation) is what's needed. While you're at it, you might as well re-write all that PLR you have laying around. Same difference - you're coming up with an original work which will fly on Amazon and everywhere else.

For me, this brings up another view - which has been to create children's stories based on old legends. Illustrate them and publish. Found today that the formula for a children's book (young ones) is 32 pages. Means it will just barely get published as a book by Lulu. All that is really just a long powerpoint, with facing illustrations, giving you about 16 pages of prose.

Children's books are a highly rewarding niche - meaning a hit there sells very, very well. (As a sidebar, a check of the list of classic children's stories shows that all the books I've checked - most of them - after 1923 have their copyrights renewed per Stanford. Thats how much of a hit they are. (I can see a test of making collections of these to fly on Amazon and everywhere else... just kidding.)

Just thought I'd leave you with even more ideas of how to leverage public domain...


The sun still shines very brightly behind the thickest of dark clouds.

What this means for all the projects I've planned.

You can bite off more than you can chew, easily.

I was going to do a massive project which is proving unnecessary.  Because I was again reminded that "there's no place like home" as I reviewed the book selections I was going to use.

My own prose was easier to understand than these long-dead authors. My own books haven't taken off because I simply haven't done the marketing that I was lining up for this new series of books.

If I want to leverage public domain books, I simply have to market the best ones.

See those children's books above. Those copyrights were renewed because they are cash cows that keep giving. Same for any really decent book. The battles I've lost in public domain publishing have been a) because the book was still selling well, and b) they've not been very long in the public domain.

Fights which go into foreign registry, or whether the rights were actually properly transmitted will get you nowhere.

Sure, you can "get away" with it - but you'll never have any income leverage to speak of. And you'll always tend to look over your shoulder for the inevitable - however long it will take.

Find a niche, get inspired, make a fortune.

That is my new mantra. The people who get insanely rich provide incredible value to a very narrow niche. As Warren Buffett quoted even older wisdom: "You can put all your eggs in one basket - but you have to watch that basket very carefully."

Besides writing, my other talent has always been drawing and illustrating. I've disappointed many art teachers and relatives when I went off to figure something else out rather than spend my time creating beautiful art.

The analysis of children's books and Disney above lays this out well.

All the tools needed are already there.

So I'm back to properly market my earlier books, one of which is an orphan that has done really, really well for me.

All I need to do is to help people find that book more easily by doing all the marketing I was planning for that new project. What I had found is that the new project had classics which don't read well today. People won't follow them easily.

Children's books are different. When you read a list of classic books, you'll see the ones we all read growing up. That most of them after 1923 are still copyrighted say how much they are still popular - and still sell.

What Disney did was to take these classic tales and convert them to a new art form - animated movies.

You'll find the same happened over and over to many of these classics.

New works, based on the inspiration of classics, will make their profit both on being based on a popular work and also being well-crafted in adaptation.

The bottom line is a brighter one

There is only so much money to be made from mechanically re-publishing books.

Narrow the focus down to just what works and do more of that.

This one set of books will be a nice production.

But that is just to leverage those profits to get into a much wider and more lucrative scene of producing children's books.

That last project I just shelved was to create a tipping point for world peace. The best way to do this, really, is through children's books which all ages enjoy.

An illustrated 32 page book - with 16 pages of text - will make an insanely nice video for this day and age. Simple, direct, easily viewed and shared.
This niche is so wanted, Lulu and two major distributors have both created self-publishing areas just for children's books.

I have a study coming soon which is to find the books which are illustrated and public domain - then study these for the craft itself. Almost bought a course on this last night (except their buy button made me go somewhere else instead of simply opt-ing in right there. (Too bad, they were in the top 5 of Google. Throw-away marketing.)

Publishing several of these will shake out the model which is needed, as well as the technical details. This recent study of Amazon has already exactly what's needed to break into the "big time" of bestsellers. Now it's time to make some.