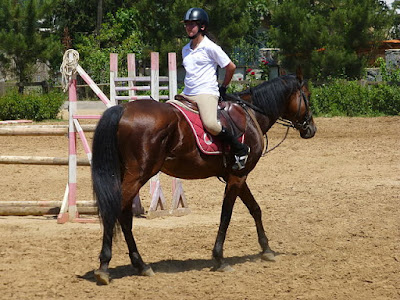 I found this great talk between Robert Bruce and Brian Clark which has a reverse take on how authors should start out. Of course, there's no transcript, only a podcasted MP3. And we don't know the original date of this, other than a single comment which dates this as before July 2, 2013.

What this podcast is about is answering submitted questions.

One question was simply along the lines of "if you were to start a book today with no audience, how would you start out?"

"I'd promote it to try to get it to go viral to a certain degree. I would have an opt-in that says, 'Get the next installment in this video series' - I wouldn't even mention the book.

"It wouldn't be a typical trailer as the trailer sells the book. It would be an extended video serial, where there would be installments where people would want to see the next of. It's an art form in itself. Maybe have 5 episodes and then sell the book.

"The other strategy is to do the hard work of finding [and curating other's] great videos with emotional appeal...

"One way or another you've got to get them to opt-in and follow you, whether your making these videos or curating the videos that tell a story about the ultimate book you're going to sell.

"You've got to get an audience. They've got to look forward to hearing from you each time. When you do announce that book, if you do it correctly, it's a no-brainer - they're buying it.

"...It's all wide open. Just don't do what everyone else is doing - do something fantastic, and get people to sign up to get the next fantastic thing. That's content marketing - right there.

...If you do that, you're just getting started with the book. The book sales are a foundation for an entire brand. Of course, it depends on what the topic is - whether it's fiction or non-fiction. I always think very big from the beginning, and if all you end up doing is selling the book - hey, 'mission accomplished' - that was your goal. But if you do it the right way, you'll often find there are boundless other opportunities from what you've done - because you were doing something incredibly remarkable while building a direct audience."

This tosses out ALL conventional wisdom

You can see that this is logical and a very lean, kickstarter approach to bootstrapping your scene together.

Brian Clark built Copyblogger into a multi-million-dollar business and brand with just that same audience-first approach.

Of course, our problem is that this means you digress from your writing in order to script, edit, and polish a video series.

This also changes your job-description into something greater - an authorpreneur.

The book is no longer anything except a container for ideas that need to be said, need to be given voice, that need to see the light of day (and quit shouting in your head so much...)

But the formats the book comes out in is no longer limited to print, or even an ebook. It now spreads to every format you can find and publish into.

This is again, that multiple-eyeballs theorem:

Write once -
publish as many ways,
to as many formats,
through as many distribution points
as possible.

You aren't dependent on traditional publishing to get your selling job done. (They've always required the author to do their marketing, anyway - which just cuts into your writing/production time.)

As an authorpreneur, you're no longer limiting yourself to someone else's suit-tailor and their ideas of style and fit. You cut your own suit from your own whole cloth and it can be Elvis Presley wild, or perhaps something that looks like a Hobbit outfit.

While you're producing your content, it's in multiple medias - and you're thinking all the time about the visuals and keeping careful track of your cutting room floor scraps which people would love to see and hear and read (and would go great on your DVD as bonus extras.

Because your production is now:

The reason you want to do this "multiple eyeball" approach is to get in front of as many searching audiences as possible. Every distribution point you use has a different audience.

This changes our marketing to be out in front, instead of after the book is written. Because you are building the audience so they can tell you how to write your book and what they want in it.

This finally gives you a reason to be on social media. But in our case, you are not there to make friends. You are their to syndicate your great content so they can opt-in to your mailing list and earn the right to your friendship.

Yea, that's a funny point. I have a lot of work to do. And a lot is an understatement. I don't have time to read about people's cats and great sunsets and cute animated GIF's about cats playing in the sunset. Much less people's children and who got sick from eating what last week.

I have time for getting all these inspired ideas out to the world. And I will talk to anyone about these ideas. But the mundane and trivial just take time away from getting those ideas out so they can help people improve their lives.

My job has now expanded to becoming an authorpreneur and learning to effectively and efficiently operate a media-production-machine.

There are no companies which do this right now. (There should be, and maybe they are, but in a different category from where I'm searching.)

Until that point - it's up to you and I to follow the Copyblogger pattern and build up a paying audience which will enable us to afford managing a business which will do those things for us.

You can do this.

All I'm saying here is that right here and right now, with no more than the computer and Internet connection (plus a decent microphone) you can get started getting that book in your head out to the world at large. In all the many and fascinating formats it richly deserves.

And the faster you do, the better income and lifestyle you'll be able to earn for yourself.

Make sure you're opted-in so you don't miss a single episode of white-knuckled excitement in our cliff-hanger series on Selling Your Book Online.

See you next time...